Climbing in autumn in Japan is phantastic. The weather is comfortable, not too hot and humid. The leafs are getting golden red and yellow. Our current target was the Naka-One of Gozaisho. 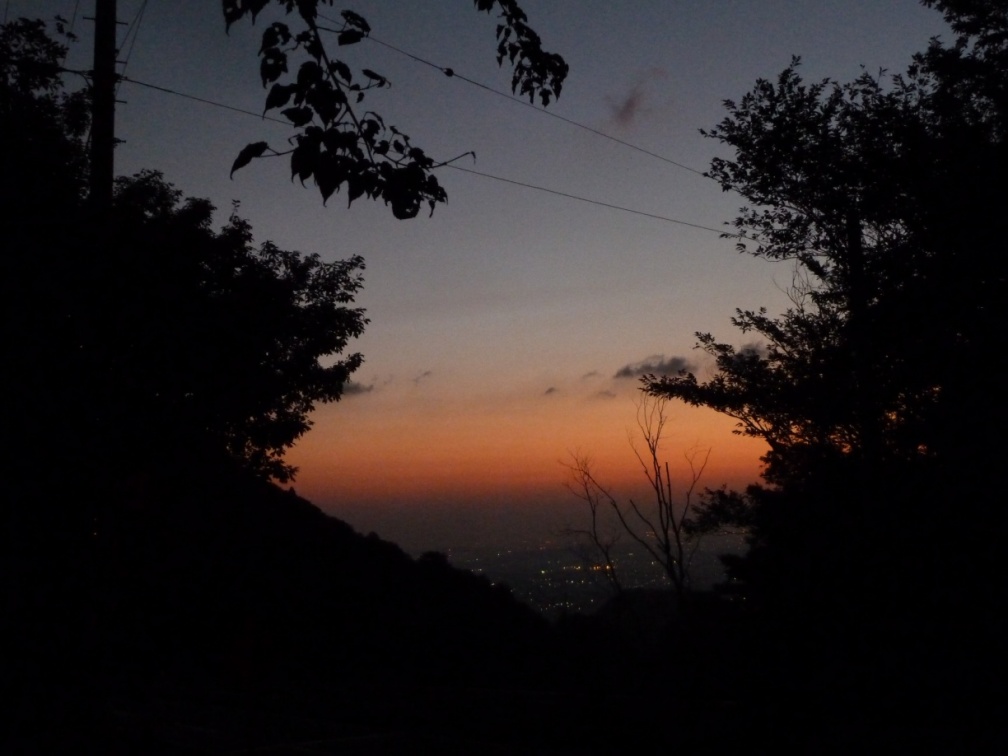 Our original plan was climbing Tanigawadake, but due to bad weather we change our plan to Gozaisho in Mie-ken, near Nagoya. We left Kanazawa on saturday afternoon, stayed overnight on a parking place near the start of the hike. In the morning after a small breakfast it was a pleasant hike for 30min to the hut, and another 50min to the start of the Mae-one, the big wall, and further up the start of the Naka-one.

The first pitch was a ugly hand crack that was made a bit easier by a (thin) tree standing behind the climber, allowing us to cheat a bit. Heavy myself of course couldn’t cheat too much without breaking the tree. 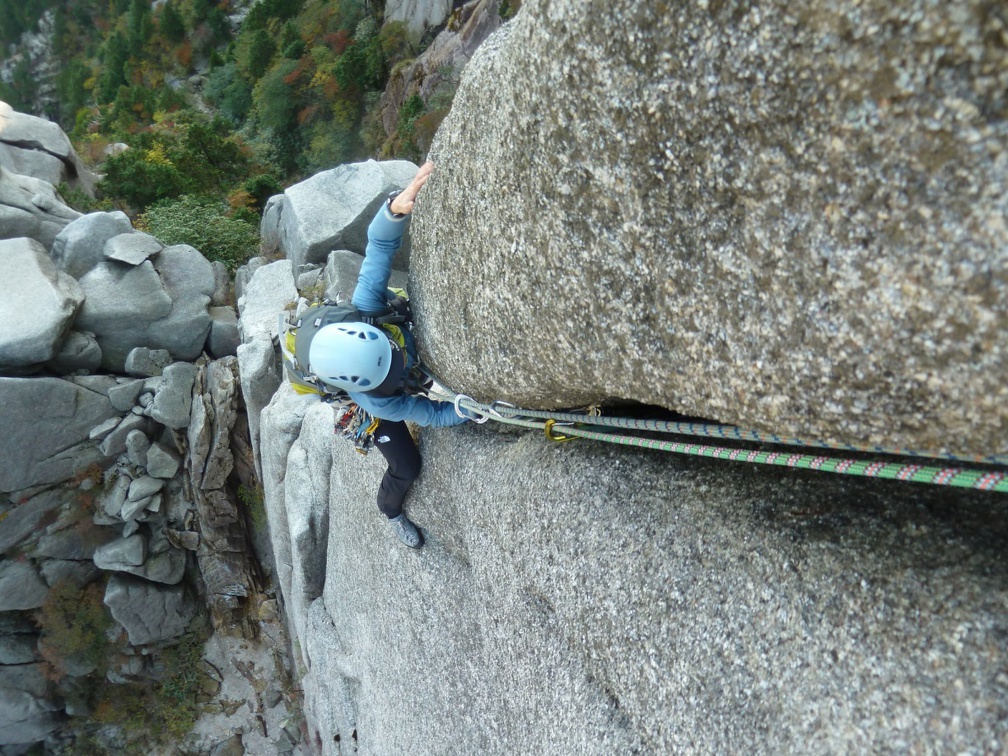 The second pitch looked like a nice crack, but turned out to be a heavy load. Graded 5.10a, it was one of the difficult 10a’s I have climbed. Powerful Piaz-crack without protection. And all the nice big friends are at home, why? I managed somehow with a lot of rests and lots of tricking with friends and nuts to climb over this crack. Later on we heard that hardly anyone climbs it, but everyone just takes the much easier stretch on the right. Well … now i know. 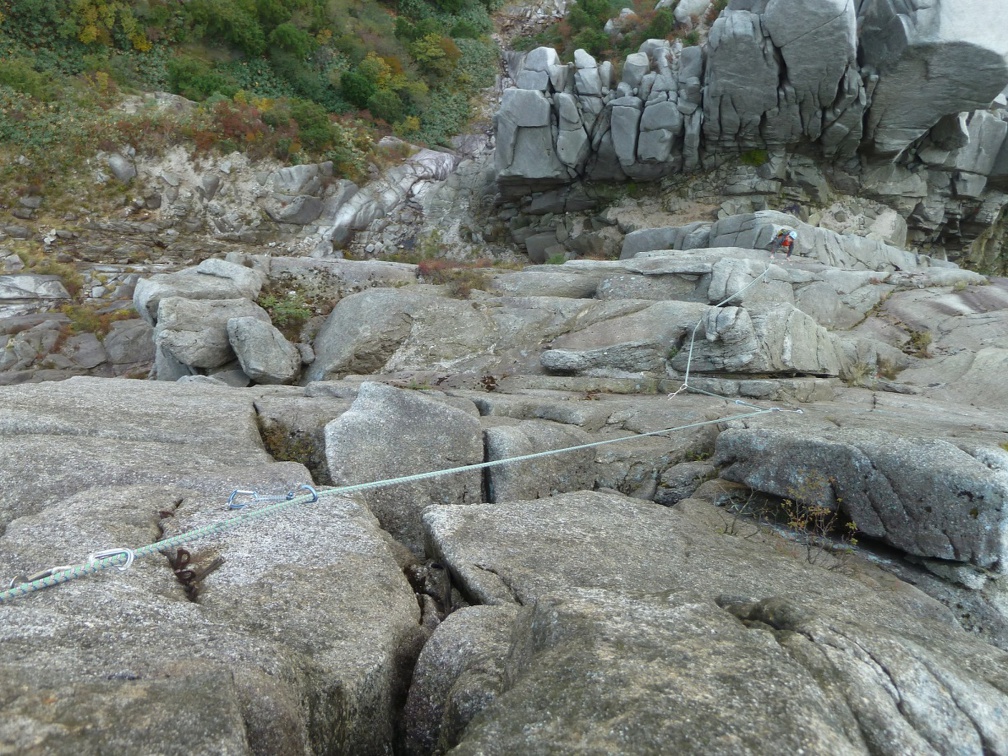 After a rappel into the col behind the 3 tower a nice wall promised interesting climbing. The original easy route has unfortunately gone unclimbable due to rockfall, so we had to climb a 5.10b, fortunately there were some bolds. Again afterwards we read that ladders are necessary there. They aren’t 😉 These last two pitches were really nice climbing.

Finally an easy rappel and walk descent brought as back to the backpacks (and warm clothes). We finished off with two nice routes Masumi were leading on the first wall, a hike down, a nice chat with two climbers from around Kobe, and a visit to a nearby Onsen hotel.

A long drive brought us back to Kanazawa, where we arrived at around 10pm.

Thanks Masumi for the nice climbing, I will surely come back to this area.

More photos can be found in the photo album: Gozaisho Naka-one October 2012