Planet Earth I – From Pole to Pole

In preparation for watching the new Planet Earth II (BBC page, Wiki) by David Attenborough, I re-watched the original 2006 BBC Planet Earth, episode one, From Pole to Pole, fortunately it is now available on Netflix. I have forgotten how great it is. I was moved to tears. 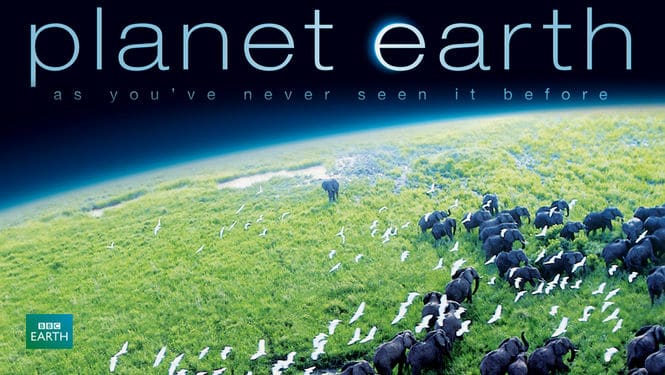 This is now 10 years old but still top of the technique, even compared to the new Cosmos series. The nature shots, often in slow motion, give spectacular views onto animals hardly seen in this way. Here is a male Superb bird of paradise posing in front of a female, making a very strange impression (bad screenshot, sorry).

White sharks are dangerous, we all know, but did you know that they can actually fly? Well, not actually fly, but they can jump as far as completely leaving the sea:

The first episode finishes in the Okavango Delta with elephants bathing in the sea. Here is a young club dancing under water.

Deeply impressed, deeply moved. In light of anti-environmental anti-climate-change anti-intelligence comedian at the White House, more of us should actually see these great pieces of journalism, let it influence our thinking, and hopefully vote differently when it is our turn again.