The second pre-conference day was dedicated to books and beers, with a visit to an exquisite print studio, and a beer tasting session at one of the craft breweries in Canada. In addition we could grab a view into the Canadian lifestyle by visiting Pavneet’s beautiful house in the countryside, as well as enjoying traditional style pastries from a bakery. 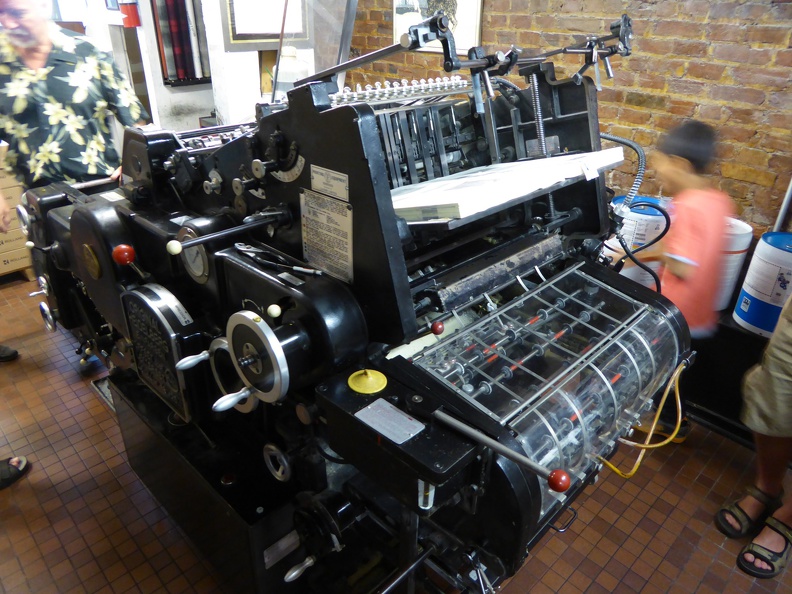 In short, a perfect combination for us typography and beer savvy freaks!

This morning we had somehow an early start from the hotel. Soon the bus left downtown Toronto and entered countryside Ontario, large landscapes filled with huge (for my Japanese feeling) estates and houses, separated by fields, forests and wild landscape. Very beautiful and inviting to live there. On our way to the printing workshop we stopped at Pavneet’s house for a very short visit of the exterior, which includes mathematics in the bricking. According to Pavneet, his kids hate to see math on the wall – I would be proud to have it.

A bit further on we entered into Erin, where the Porcupine’s Quill is located. A small building along the street, one could easily oversee that rare jewel! In addition considering that according to the owners, Google Maps has a bad error which would lead you to a completely different location. This printing workshop, led by Tim and Elke Inkster, is producing books in a traditional style using an old Heidelberg Offset printing machine. 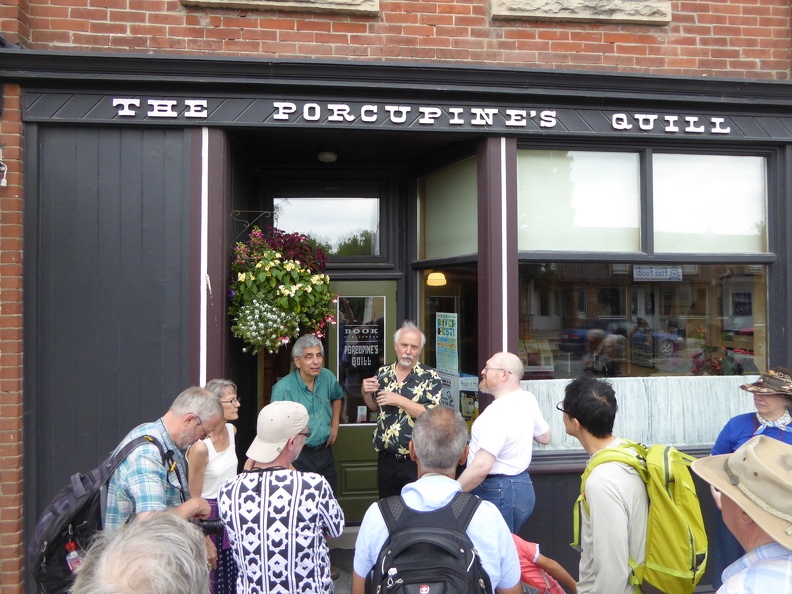 Elke introduced us to the sewing of folded signatures together with a lovely old sewing machine. It was the first time I actually saw one in action. 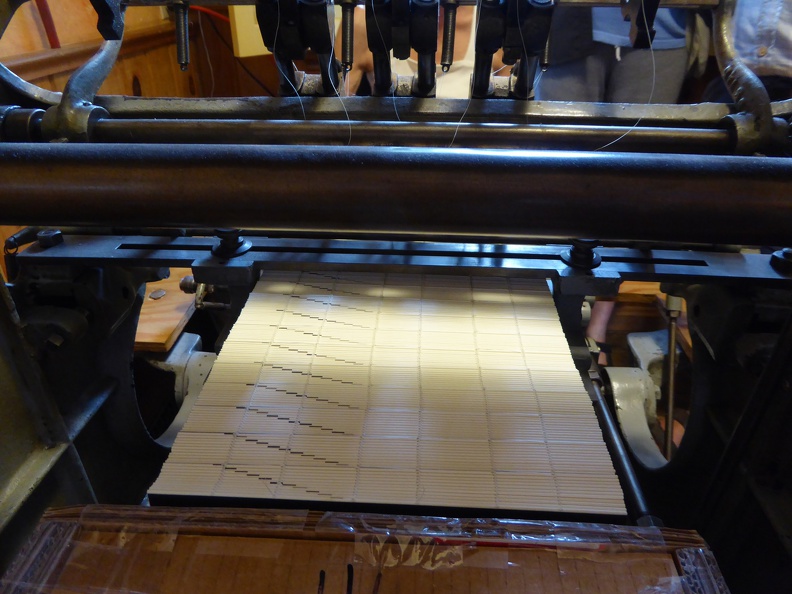 Tim, the head master of the printing shop, first entertained us with stories about Chinese publishers visiting them in the old cold-war times, before diving into explanations of the actual machines around, like the Heidelberg offset printing machine. 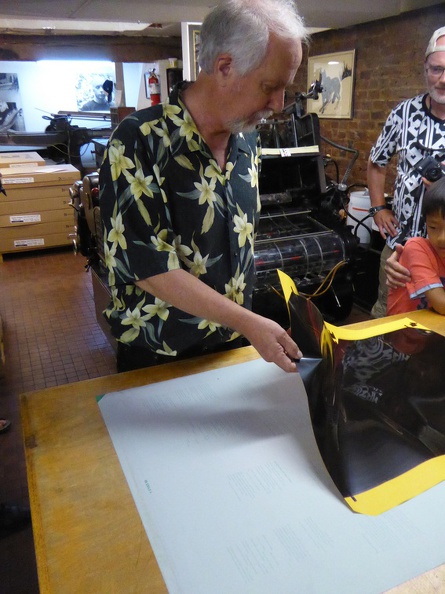 In the back of the basement of the little studio there is also a huge folding machine, which cuts up the big signatures of 16 pages and folds them into bundles. An impressive example of tricky engineering. 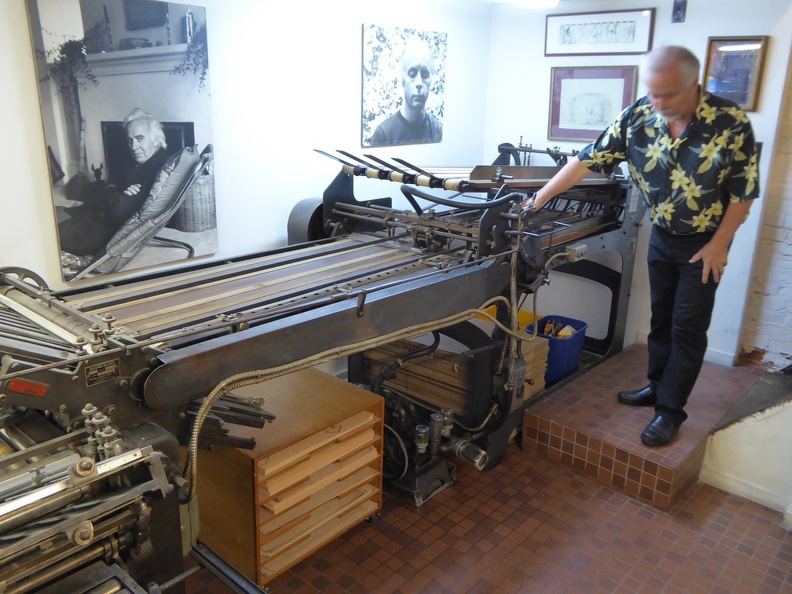 Due to the small size of the printing studio, our groups were actually split into two groups, and while the other group got its guided tour, we grabbed coffee and traditional cookies and pastries from the nearby Holtom’s bakery. Loads of nice pastries with various filling, my favorite being the slightly salty cherry pie, and above all the rhubarb-raspberry pie. 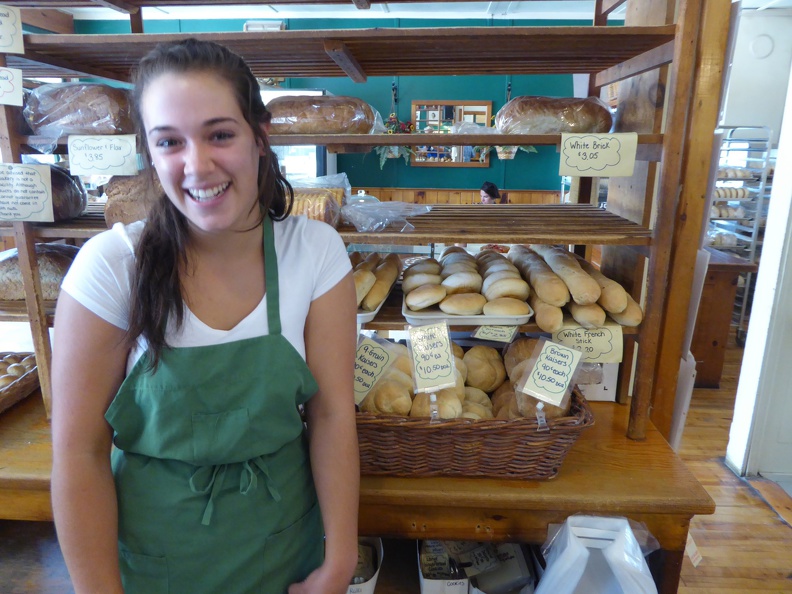 To my absolute astonishment I also found there a Viennese “Kaisersemmel“, called “Kaiser bun” here, but keeping the shape and the idea (but unfortunately not the crispy cracky quality of the original in Vienna). Of course I got two of them, together with a nice jam from the region, and enjoyed these “Viennese breakfast” the next day morning. 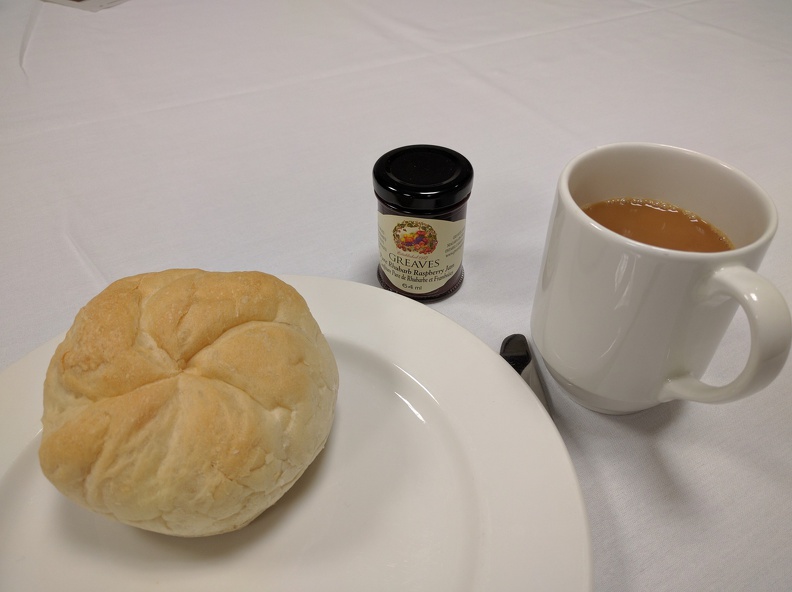 Leaving the Quill we headed for a lunch in a nice pizzeria (I got Pizza Toscana) which also served excellent local beer – how would I like to have something like this over in Japan! Our last stop on this excursion was Stone Hammer Brewery, ne of the most famous craft breweries in Canada. 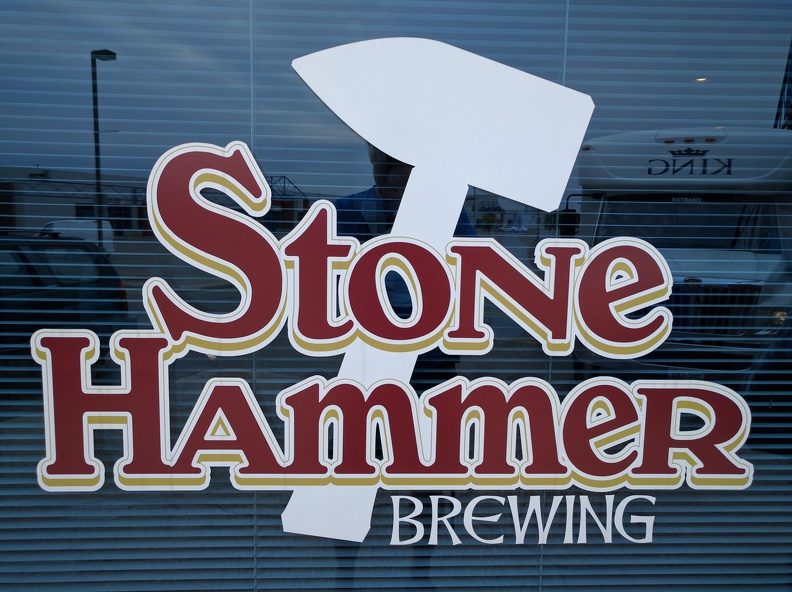 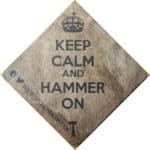 Although they wont win a prize for typography (besides one page of a coaster there that carried a nice pun), their beers are exquisite. We got five different beers to taste, plus extensive explanations on brewing methods and differences. Now I finally understand why most of the new craft breweries in Japan are making Ales: Ales don’t need a long process and are ready for sale in rather short time, compared to e.g. lagers.) 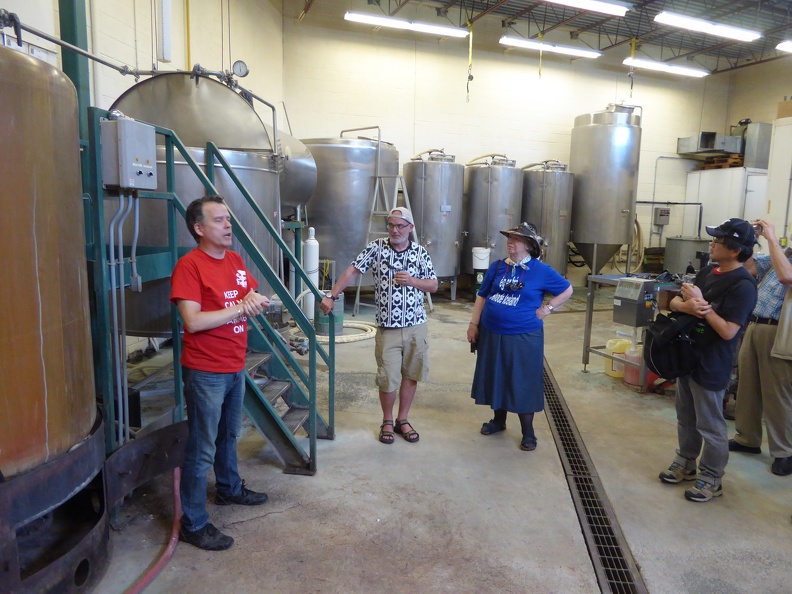 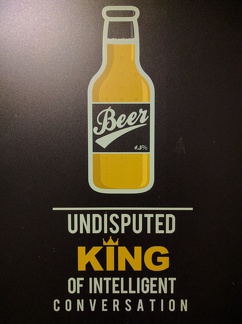 Also at the Stone Hammer Brewery I spotted this very nice poster on the wall of the toilet. And I cannot agree more, everything can easily be discussed over a good beer – it calms down aversions, makes even the worst enemies friends, and is healthy for both the mind and body.

Filled with excellent beer, some of us (notably an unnamed US TeXnician and politician), stacked up on beers to carry home. I was very tempted to get a huge batch, but putting cans into an airplane seems to be not the optimal idea. Since we are talking cans, I was surprised to hear that many craft beer brewers nowadays prefer cans due to their better protection of the beer from light and oxygen, both killers of good beer.

Before leaving we took a last look at the Periodic Table of Beer Types, which left me in awe about how much I don’t know and I probably never will know. In particular, I heard the first time of a “Vienna style beer” – Vienna is not really famous for beer, better to say, it is infamous. So maybe this is a different Vienna than my home town that is meant here. 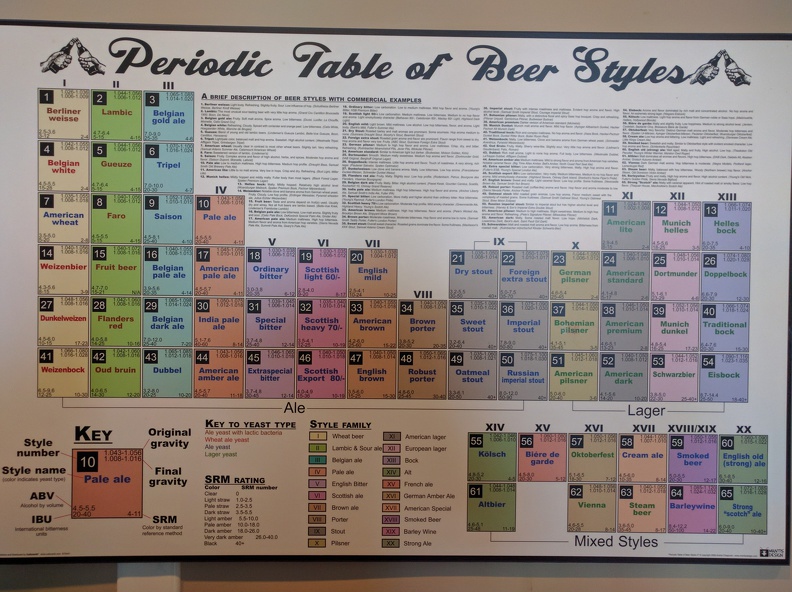 Another two hour bus ride brought us back to Toronto, where we met with other participants at the reception in a restaurant of Mediterranean cuisine, where I could enjoy for the first time in years a good Tahina and Humus.

All around another excellent day, now I only would like to have two days of holidays, guess I need to relax in the lectures starting from tomorrow.