This years TUG is held in Toronto, Canada, and our incredible host Pavneet has managed to put together an busy program of excursions and events around the real conference. The -1st day (yeah, you read right, the minus-first day), that is two days before the actual conference starts, was dedicated to an excursion to enjoying wines at the wine estate Château des Charmes, followed by a visit to the Niagara falls. 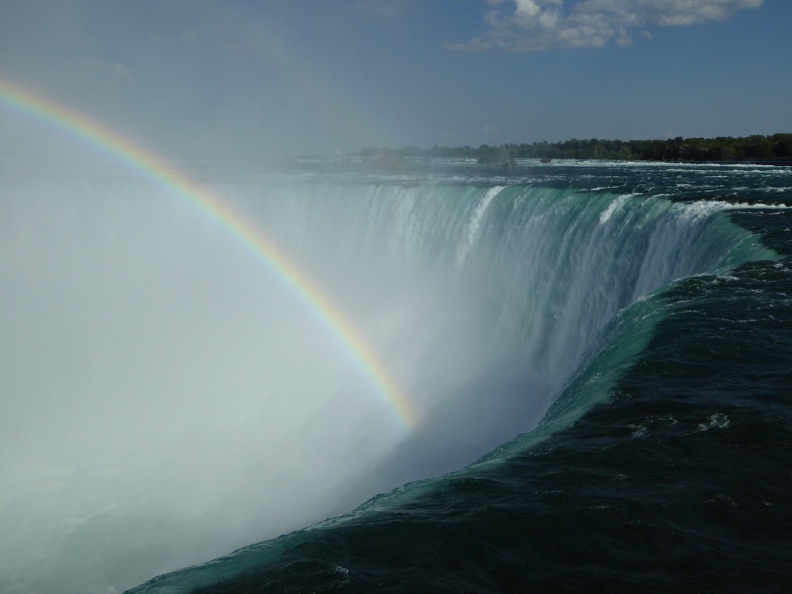 What should I say, if the first thing after getting out of the bus is a good wine, then there is nothing to go wrong …

I arrived in Toronto already two days earlier in the late afternoon, and spend Friday relaxing, recovering from the long flight, walking the city a bit, trying to fix my cold, and simply going slowly. Saturday morning we met already at a comfortable 10am in the morning (still to early for me, due to jet lag and a slightly late evening before), but the first 2h of bus drive allowed us to relax. Our first stop was the Château des Charmes, and impressive building surrounded by vineyards. 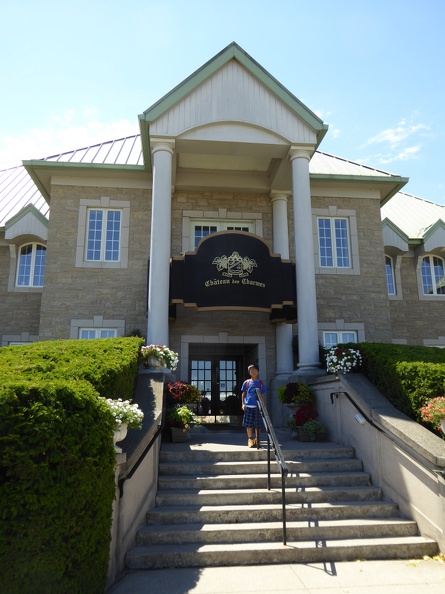 We were immediately handed over to a sandwich lunch with white, red, and ice wine. Good start! And although the breakfast wasn’t that long time ago, the delicious sandwiches (at least the vegetarian ones I tried) were good foundation for the wine. 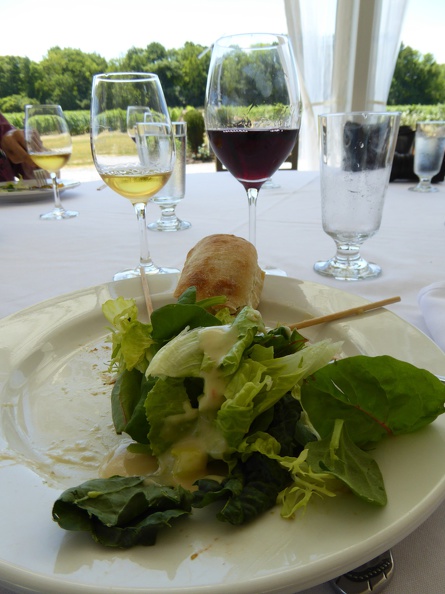 After having refilled our energy reserves, we are ready to start our tour. Our guide, very, if not over, enthusiastic, explains us that practically everything related to wine in Canada has been started at this Château from the current owner – the Château system where farmer and wine producer are the same, import of European grapes, winter protection methods, wine making – I was close to forgetting our Roman and Greek ancestors. At least she admitted that the Ice wine was brought over by an Austrian – but perfection was done here, were the controls of the government are much stricter than anywhere else … hmmm, somehow I cannot completely believe all this narrative, but at least it is enjoyable. So now that we know all about the history, we dive into the production process area, and the barrel space, always accompanied with extensive comments and (self-)praise. 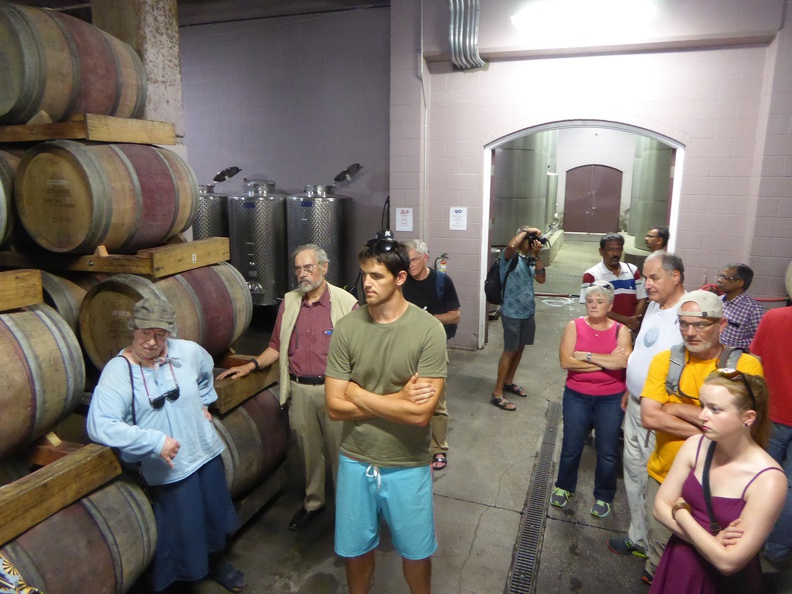 After this exhaustive and exhausting round, we are guided back to the patio to taste another three different wines, a white (bit too warm, not so much my taste), a rose (very good), and a red made from a new grape variety that has mutated first here on the Château (interesting). As I didn’t have enough, I tried to get something out of the big containers directly, but without success! 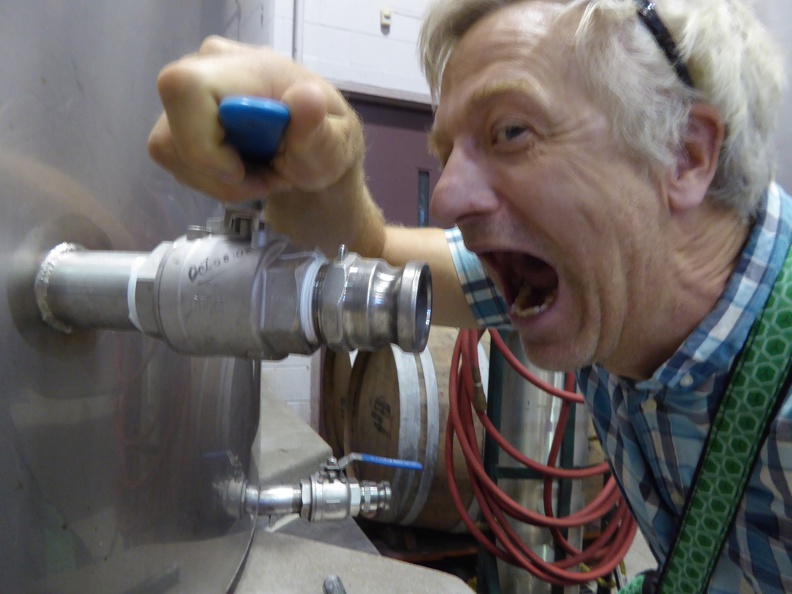 Happy and content, and after passing through the shopping area, we are boarding the bus to continue direction of the Niagara Falls. Passing by at quite some nice houses of definitely quite rich people (although Pavneet told me that houses in Toronto are far more expensive than those here – how can someone afford this?), we first have a view onto the lower Niagara river. A bit further one we are let out to see huge whirlpools in the river, where boat tours are bringing sightseers on a rough ride ride into the pool. 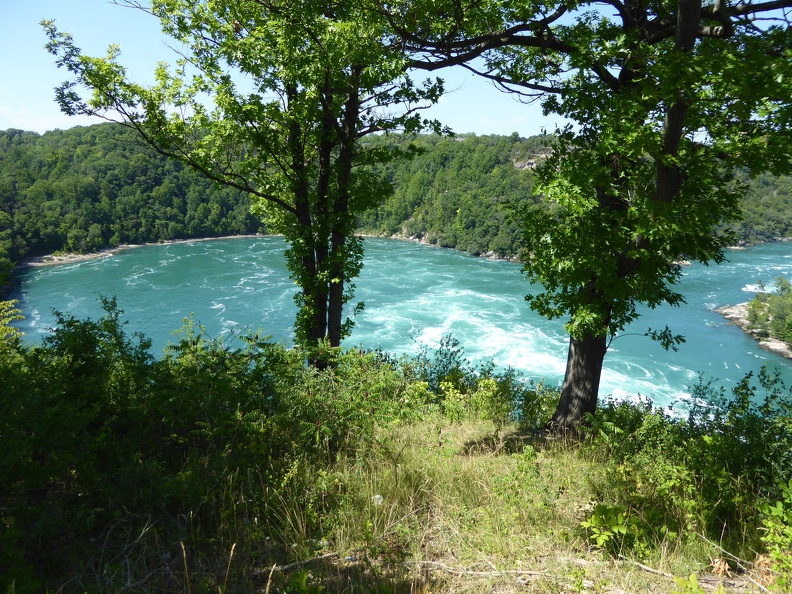 Only a slight bit further on we finally reach the Niagara falls, with the great view onto the American falls in full power, and the Horseshoe Falls further up. 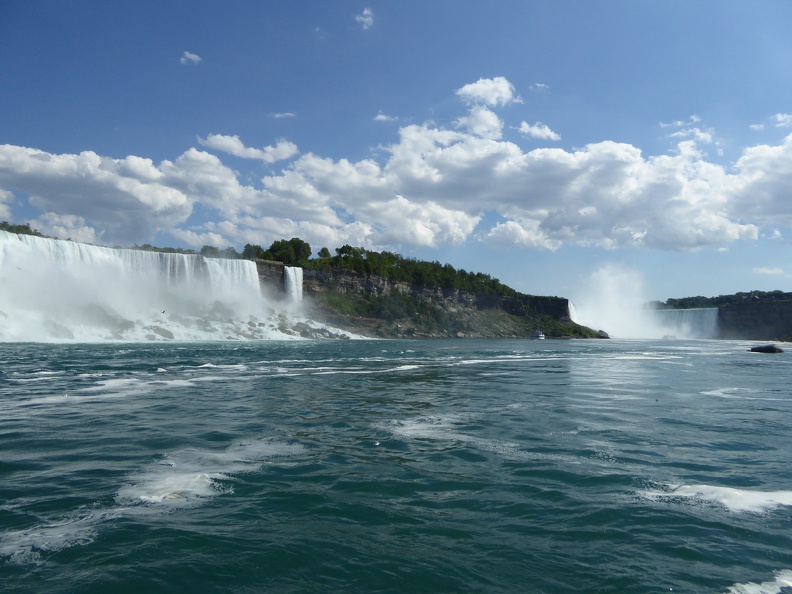 We immediately boarded a boat tour making a short trip to the Horseshoe Fall. Lining up with hundreds and hundreds of other spectators, we prepare for the splash with red rain wear (the US side uses blue, not that any side would rescue a wrong person and create an illegal immigrant!). The trip passes first under the American Falls and continues right into the mist that fills all the area in the middle of the Horseshoe falls. Spectacular impression with walls of water falling down on both sidess.

Returned from the splash and having dried our feet, we walk along the ridge to see the Horseshoe falls from close up. The amount of water falling down these falls is incredible, and so is the erosion that creates the brown foam on the water down in the pool, made up from pulverized limestone. Blessed as we were, the sun was laughing all the day and we got a nice rainbow right in the fall. 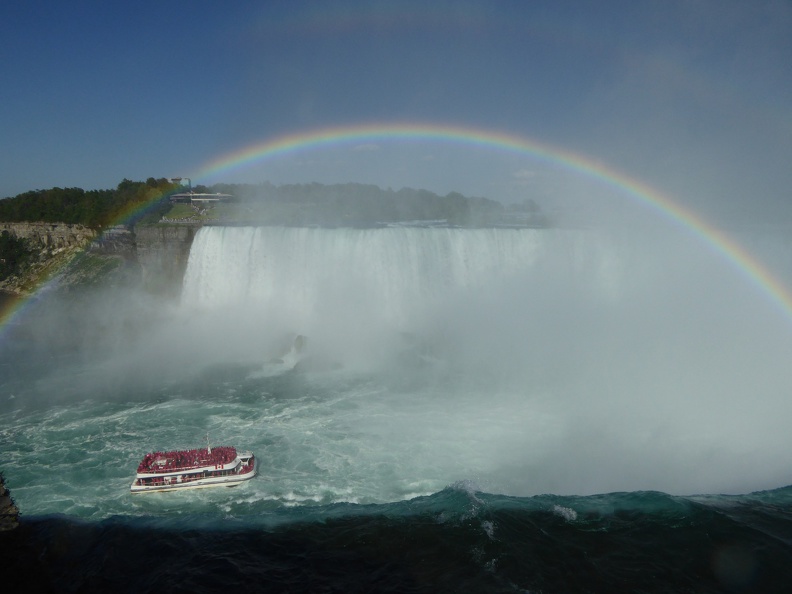 The surroundings of the fall are less impressive – Disney land? Horror cabinet? Jodel bar? A wild mixture of amusement park style locations squeezed together and overly full with people – as if enjoying the nature itself would not be enough. All immersed by ever blasting loudspeaker music. 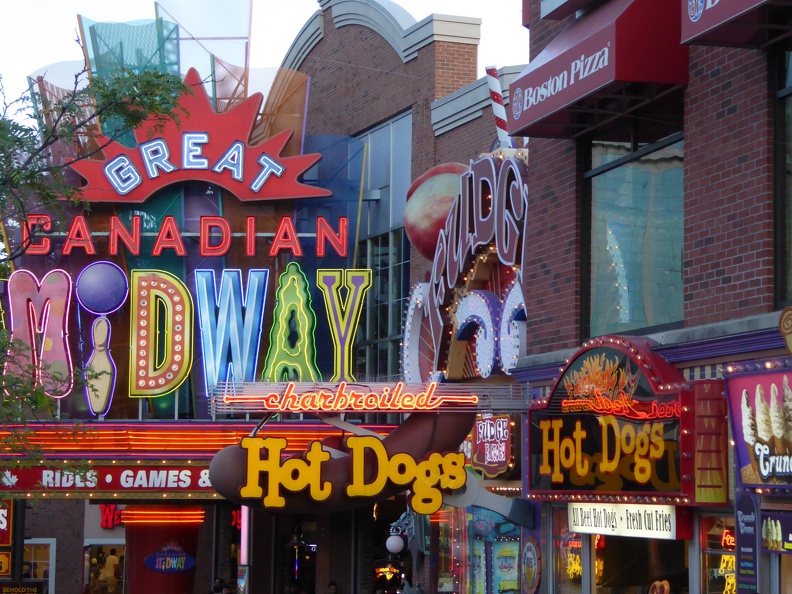 The only plus point I could find in this encampment of forced happiness was a local craft beer brewer where one could taste 8 different beers – I made it only to four, though. 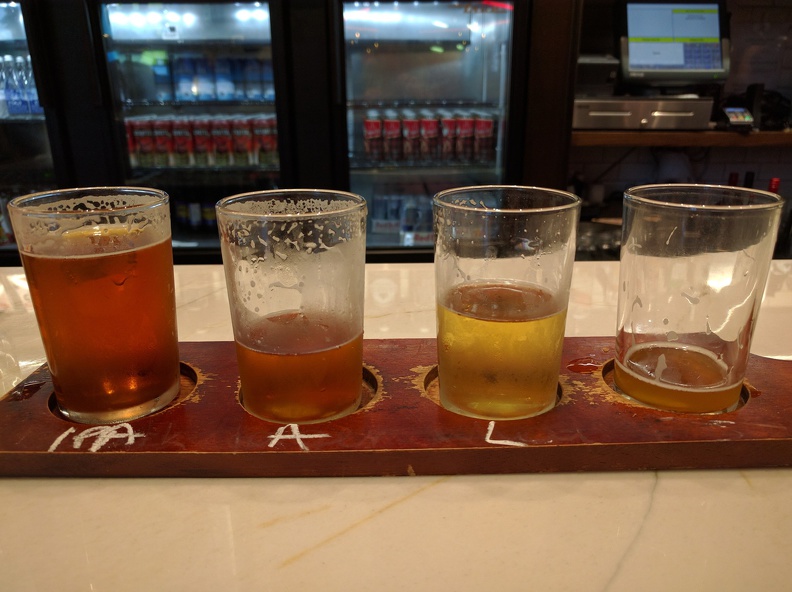 Finally night was falling in and we moved down to the falls again to enjoy the illumination of the falls. 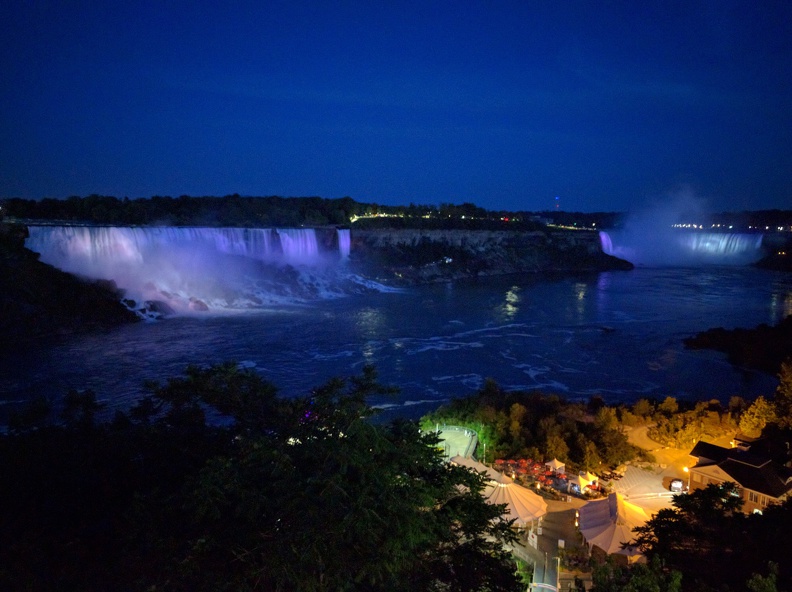 After this wonderful finish we boarded the bus and back to Toronto, where we arrived around mid-night. A long but very pleasurable Day Minus One!

Further photos can be seen at the gallery TUG 2016 – Day Minus One.