During our visit to Swansea we made a side trip to Bath, as I was invited to give a lecture at Bath University. Before returning we had a bit of time for sightseeing in one of the most posh cities in the UK. Since it is also inscribed as a whole into the list of World Heritage Sites, everything there is priceless, or at least very expensive. 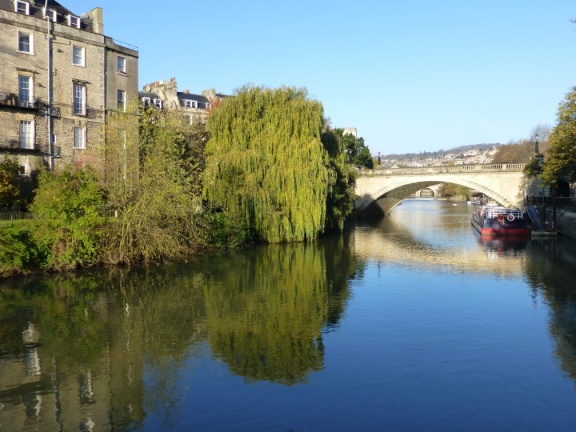 One of the famous spots is the Royal Crescent, a half circle of Victorian houses up in the hills. Seems a bit like the Imperial palace in Vienna. Of course I couldn’t resist having a nice dance there. 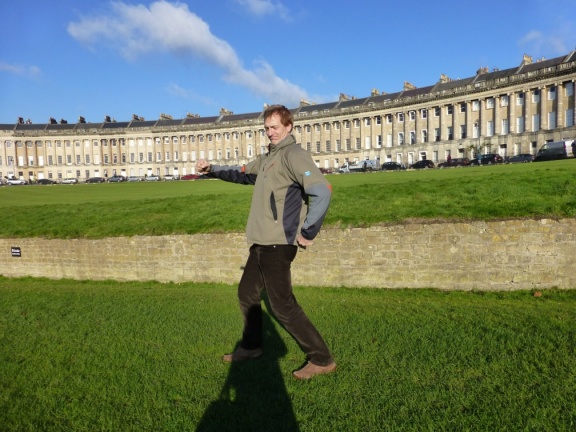 The Bath Abbey has an interesting facade of people climbing up long stairs, left and right of the central window. This should probably give a feeling of the hardships one has to undertake to reach heaven! 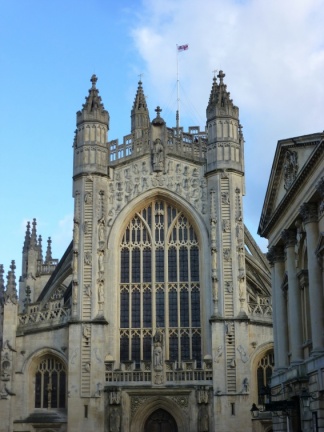 The ceiling has a very nice geometrical form, reminded me of my linear algebra lessons back at university. 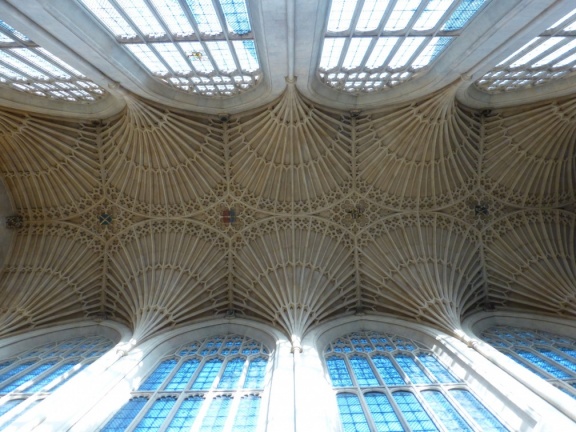 But the most famous spot in Bath are the Roman baths. The city, under the Latin name Aquae Sulis, is known since about 2000 years, when the temple near the hot springs was build, followed by permanent extensions of the bathing complex over 300 years. 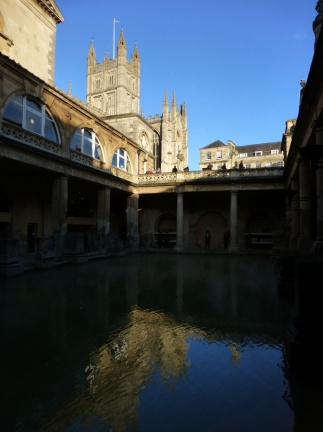 The hot spring is running since ancient times, unfortunately the baths are not open anymore for public bathing, only public visiting. I thought about stumbling into the bath with my cloth on to be able to say I took a dip there, but concerning the temperatures outside I decided against it.

Before returning the sunlight bathed Bath in beautiful colors. Nice place to visit, maybe I come back to the University sooner or later. 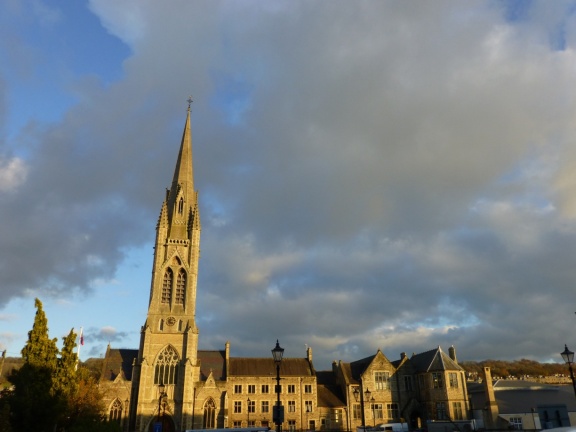 A few more photos are available at the photo album Visit to Bath November 2013.