The second time this year that I could visit Swansea. During the first time I visited several places around the Gower Peninsula and more inland. This time we spend the weekend mainly on the Gower, namely one day walking around in the area of Oxwich Bay and this time we also made out to the tip of the Gower onto the tidal island of Worm’s Head near the village of Rhossili.

But let us start with the Oxwich Bay … 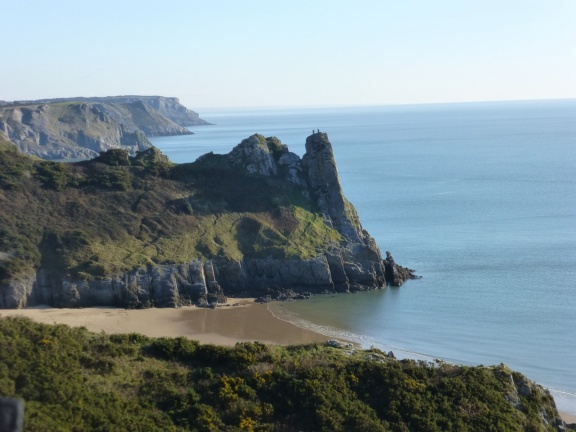 Together with our host family – parents and three kids – we set off from the parking lot and after climbing a lookout spot we descended down to the bay on sandy slopes. The Oxwich Bay is long sandy beach, with several climbing spots on the cliffs around the bay. While I brought my shoes and harness with me to Europe, I didn’t have them with me on that day, what a failure. But I wouldn’t had time anyway since the older boys occupied me in various ways, one was turning them around as fast and as long as possible. 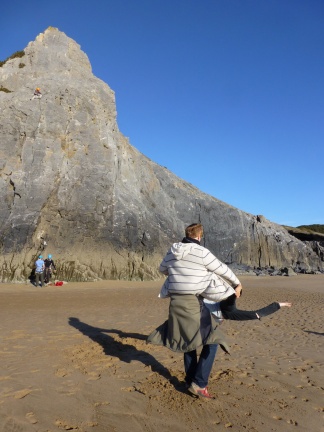 The second day’s excursion was to Worm’s Head. Famous for its isolation, passing over to this tidal island is only possible during low tide. The first time I was here we arrived during high tide, so no way to visit the other side. This time it was just right. Arriving at the village of Rhossili and walking in the direction of the tip we already saw that the straight between the island and the mainland is more or less emptied of water. 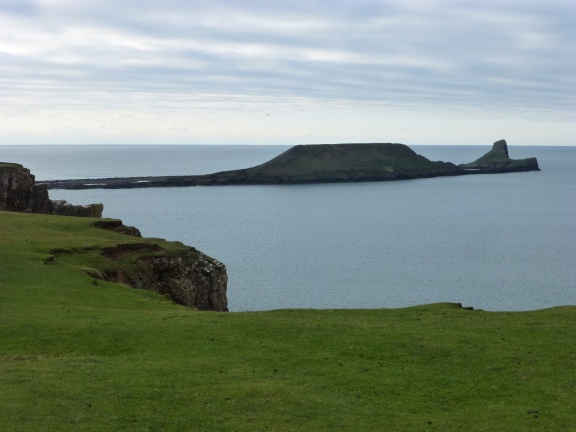 Decending from the watch post and crossing as far as we could we had to wait about 20min before the last few meters became passable (on dry foot). Reaching the island we scaled a first hill from where a spectacular view opened back onto the straight. All this behind is completely filled with water during high tide. The area around Swansea and the Gower is famous for one of the biggest tidal ranges, close to 10m. According to Visit Swansea Bay, Mumbles near Swansea has the second highest tidal range in the world, and according to the NOOA it is still in the top 10. 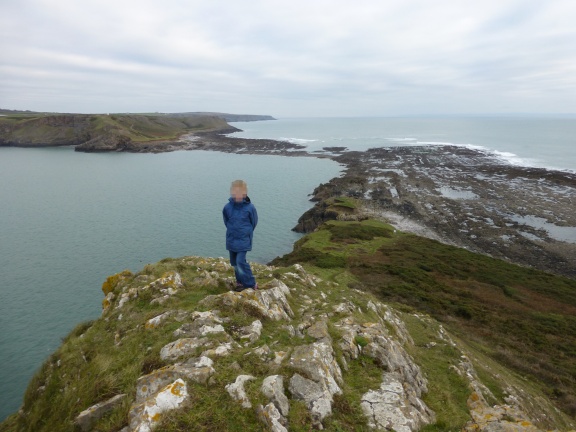 Leaving the first hill behind the view opens onto the rear part of Worm’s Head, connected through a narrow corridor with a hole in it. Again, a small part disappears in the sea during high tide. 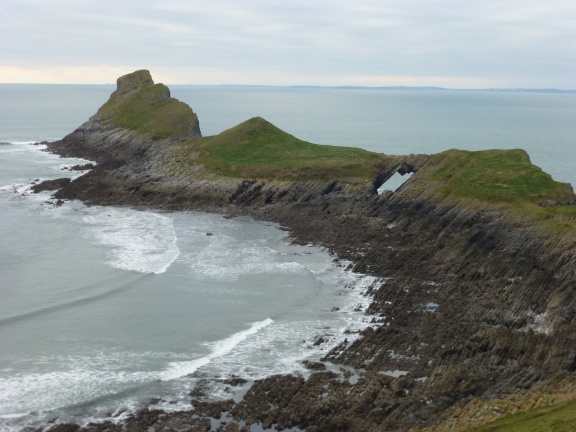 We tried hard to make the roof of the hole collapse, but even when I – the heaviest one – joined and jumped like hell this stubborn roof of the hole remain unimpressed. Well, after that we were sure we can make it back. 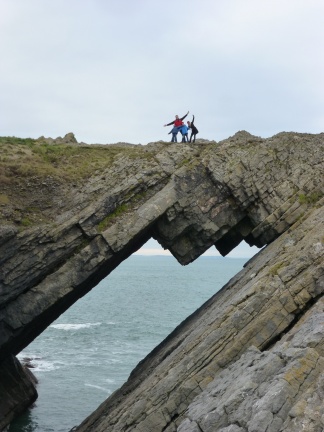 Before scaling the last hill one can take a glimpse onto the northern, the steep part of this desolated island, visited only by sheep and some hikers. From this side the head of the Worm is easily to be seen, like a frozen Nessie. 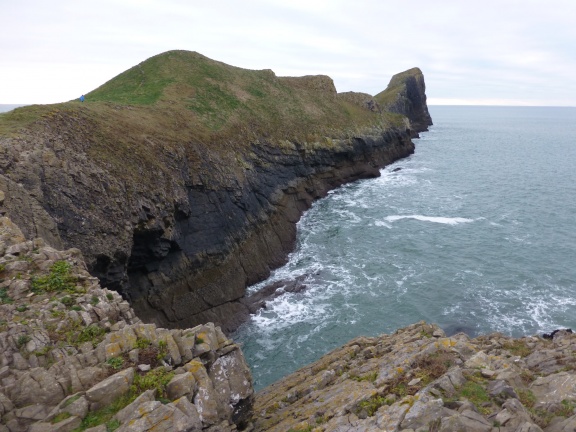 After a short break on the windy top of the last hill we turned back to Rhossili, not to miss the window of low tide. Dylan Thomas, the famous poet from Swansea, got stuck on Worm’s Head once and had to stay overnight. He describes it in solemn and impressive words. We didn’t want to try this out ourselves, especially not with two kids around, so instead of lingering around we walked back over a sea of crumbling shells to Rhossili. 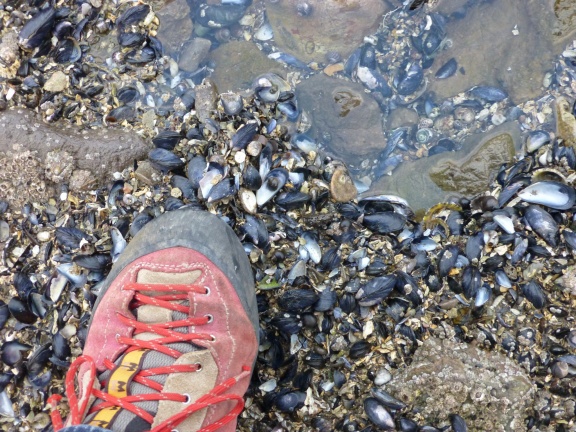 The nearby pub, where we took the well earned beer, hot chocolate, and the obligatory fish-and-chips, sports a great outlook onto the huge bay and beach of Rhossili, where one can even find the remains of the ship Helvetia, wrecked in 1887. 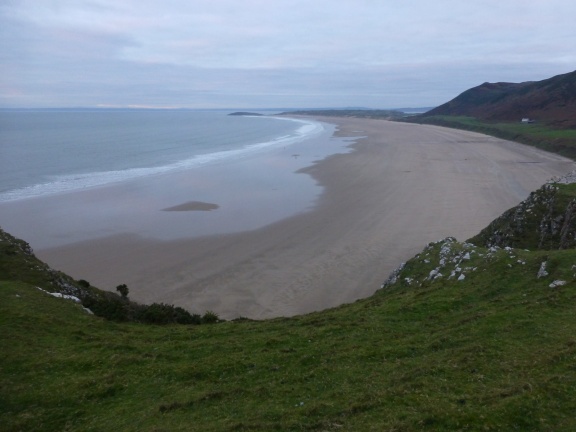 Thanks goes to our great hosts for hosting and guiding us around this wonderful nature spot. Many more photos can be found at the photo album Around Swansea November 2013.

Finally a map of the two spots we have visited during this weekend: