I have been climbing Tateyama already many times, but always in the snow season. So when last weekend it finally climbed up there for the first time during peak season, actually on the Obon-weekend on Saturday, a whole new world opened up to me. Together with two old friends, one currently living in Italy, one now in Toyama, we started early from Toyama, took the ropeway and bus to the Murodo, and hiked up to the top of Tateyama. 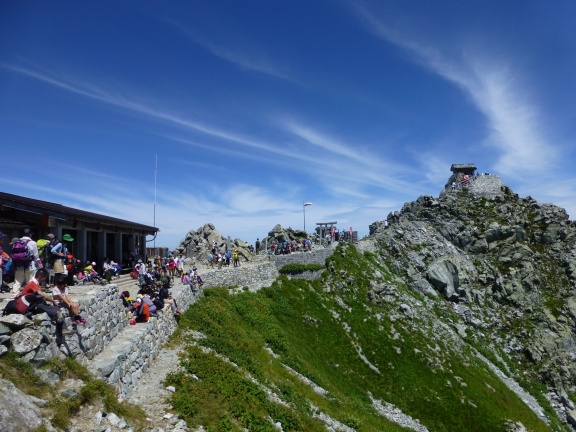 Since we started early and took the 3 cablecar up the mountain, the ascent to the col and to the top were just busy, not overly crowded. On the top we paid our 500 Yen obulus for entering the shrine on the top. Besides a small ceremony (how many times is this poor guy repeating the same text during these days?) we even received a bit of sake, not much, unfortunately. 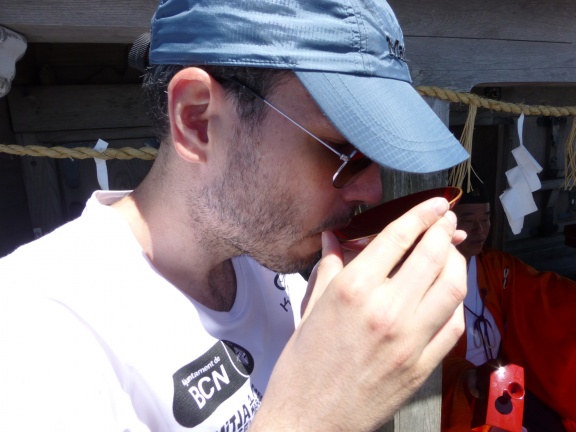 After we had finish our ceremony and the sake, we turned back to the main area, and were greeted by huge crowds. From little children well before school age to old couples, every age group, every profession, every level of experience was represented, I guess. People cooking their own food, people slurping up cup ramen just bought from the hut, people toasting with sake, beer, whatever. A funny atmosphere. Although very different from what I am used from the top of Tateyama. 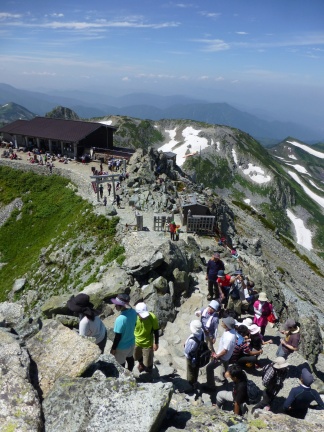 The way back first over the ridge down to the hut at the col was crowded. Small children crying (one even vomitting like hell), the usual rythm was 3-up-2-down of people with hardly any hiking experience. Fortunately due to the huge amounts of visitors most big loose rocks have already been thrown down, and only minor slides happened. 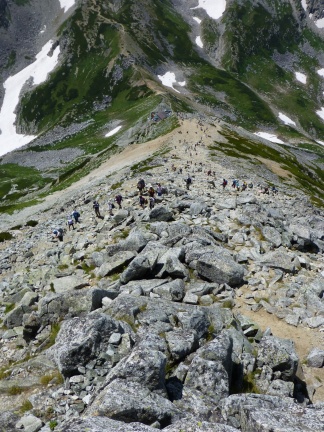 From the col to the Murodo in the middle of green and flowers was a delight. Normally I always walk on snow there, seeing the beautiful flowers was very enjoyable. 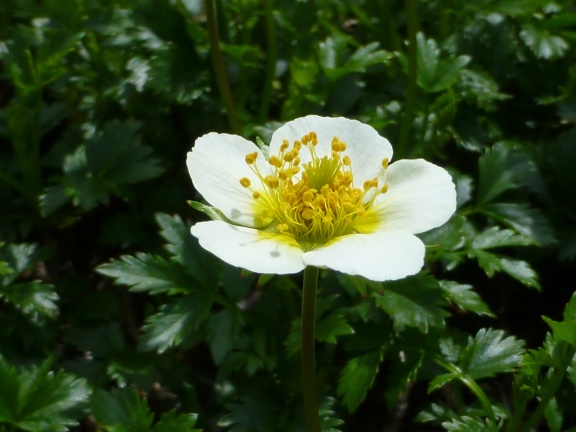 After that we four moved to Unatsuki-Onsen, Kurobe, for a nice BBQ with friends and a canyoning trip, but that is the next blog entry.

More photos can be found at the gallery Tateyama August 2013, and points of interest are marked in the Google map below.